The series finds Turtle and his accomplice, retired hooligan Razor Eddie, in accidental possession of a van containing eighty safe deposit boxes - the proceeds of a major bank raid. From top-secret documents to mysterious chemical formulae, the highly valuable contents are soon being sought by their former owners, with a new adventure unfolding as each box is opened. The lovable petty thieves may have a new source of income, but they also find themselves dodging the law, in the form of the relentless but continually thwarted Superintendent Rafferty, their fellow lawbreakers, and some altogether more sinister characters.

Devised and written by Edmund Ward (The Main Chance) with guest appearances from Antony Sher, Joss Ackland and Peter Bowles, among many others, its no surprise that this fresh, witty and original series has garnered a considerable cult following.

The series was released in 2016 as a box set alongside The Hanged Man, both devised and scripted by Edmund Ward.

Daza's Search in the Archives

Visitors to the site back in the late 20th century often asked about the chances of the show being screened on tv again or released on dvd. My enquires at the time brought to light the following information during the quest:

The show was made by ATV for Thames Television. ATV were taken over by Central Television who were themselves taken over by Carlton Broadcasting. Correspondence with the nice people in the marketing and rights office there (Carlton International) revealled that they had some Low-band u-matic tapes of the show. They did not hold the rights to broadcast or release the show as these had expired before Carlton acquired the ATV catalogue. They had absolutely no idea who held the rights to this title as it was not something they would have looked into when acquiring the library as that wasn't one of the titles they were going to exploit. They also advised me that the Low-band u-matic they held was fairly low quality material that would really only good for the running off of VHS tapes. It could be used for broadcast at a pinch but really wasn't good enough.

Seperatly another fan was making further enquiries with the video archive at Carlton/ITV, who advised that copies could be purchased but the bad news was the cost; it is &pounds198.00 per episode.

The show received a screening at a convention in the early 1990's:

Enquiries with the British Film Institute, who operate the National Film Library, found that they had the show catalogued but they don't hold any tapes.

When Network released the prequeal The Hanged Man series in 2010 there was renewed hope for release, which indeed come to fruition - Yippee!!!

Below you will find prototype cover slicks Daza made for an imaginary dvd release of the show, which he now uses on the real thing! 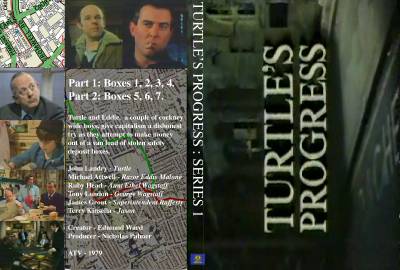 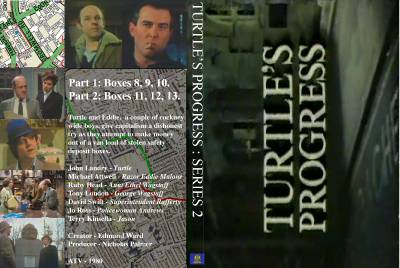